Turbo charging my laptop with a Samsung SSD

I am rather partial to a bit of new technology so when I was asked if I wanted to review a Samsung SSD
(Solid State Drive) I jumped at the chance, despite not really knowing what one was! Basically, a SSD is much faster than a standard moving parts hard disk and much more durable making it not only a great way to speed up an ailing laptop but also make it more durable for those on the move, such as modern day travel bloggers!

The Samsung SSD is rather slick looking and a bit of a shame it was to be hidden away inside my slightly tired Packard Bell laptop. FOr anyone concerened that they might be lacking the technical nouse to install a new hard disk in their laptop needednt worry, installing the SSD in the laptop was amazing simple.

First off you install the Samsung software to basically mirror your old hard disk on your new drive. Plug it in and follow the steps. I’m not sure whether it was the amount of stuff I had on the laptop or the computer speed but the copying took quite a few hours so I left it working away over night.

Backing up my laptop to the new Samsung SSD

The next day I was ready to swap the hard drive! Now the next steps depend on your laptop but are probably likely to be fairly similar and should be a breeze.

Unplug the laptop and remove the battery to make sure it’s completely off.

Next up we need to find the laptop hard disk, for this step you might need to refer to your laptop manual. I was able to locate the hard disk as it was labelled with symbol of 3 little disks. Unscrew the tiny screws and remove the hard disk cover. 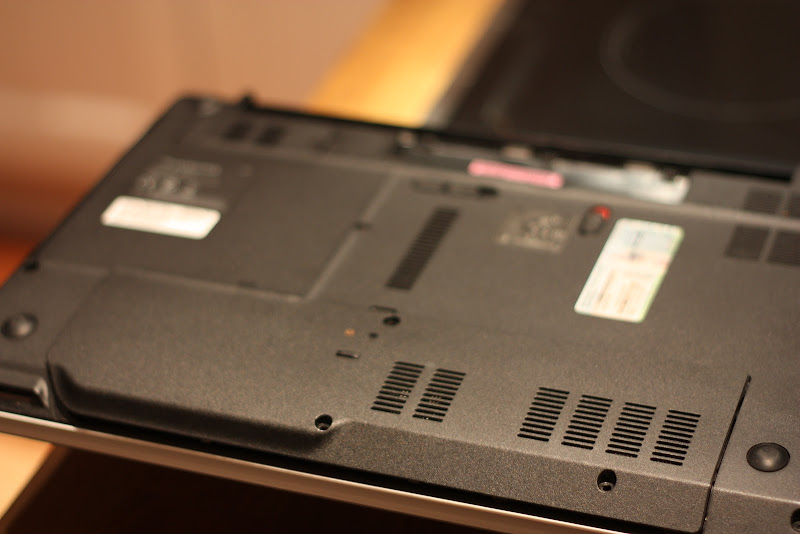 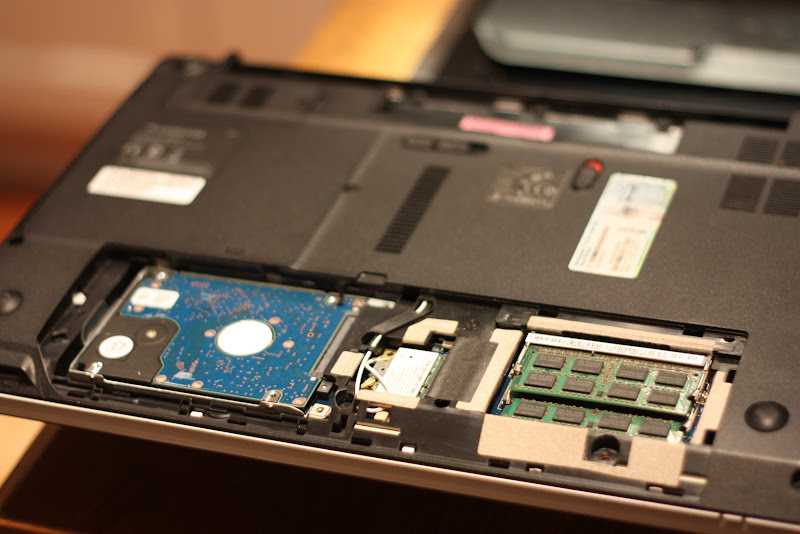 Your hard disk should just slide out, mine had a handy clear tag that I was able to use to disconnect it. 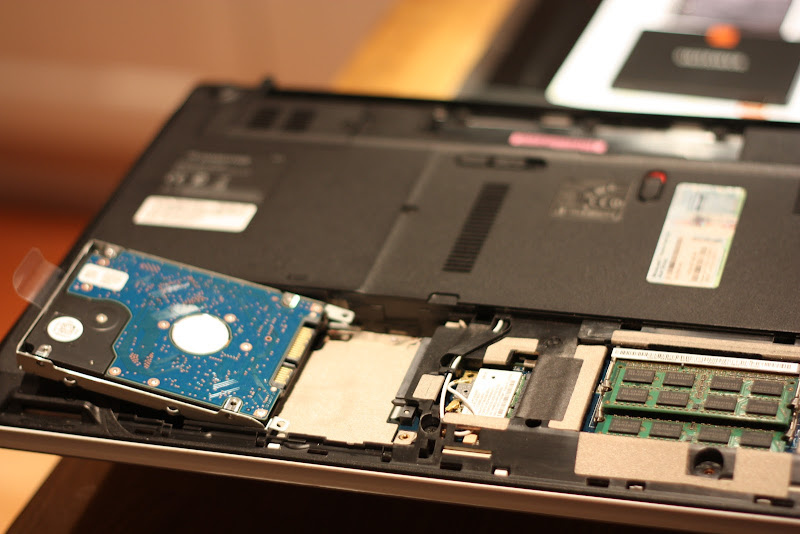 Once you’ve removed the hard disk, you might need to remove it from its casing, you’ll need that you’ll need for installing the new SSD.

Removing the hard disk from its case

Put in the new SSD into the case making sure its the right way up and slide back into the hard disk slot. 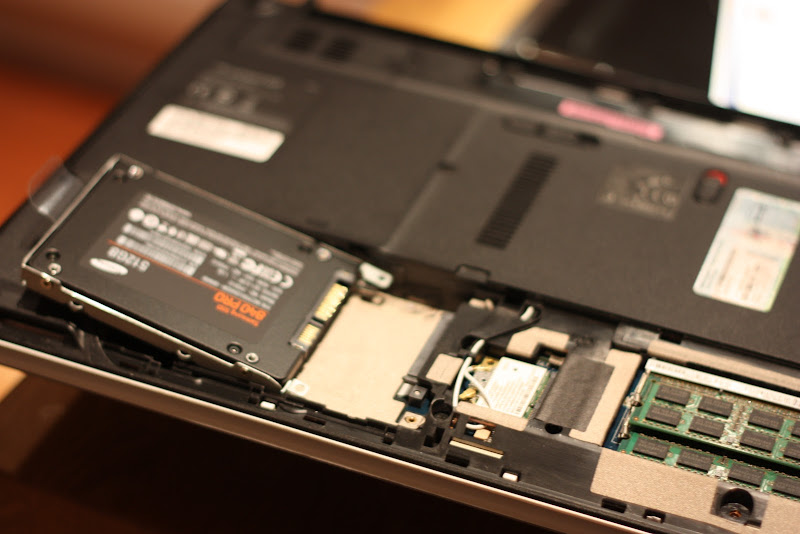 Put the cover back on and fire her back up!

Putting the cover back on

Believe it or not, that was it, installing the new Samsung SSD took about 10 minutes!

I had been told that a new solid state hard drive would improve the performance of my laptop but I couldn’t (and still can’t) believe how much faster it was! It booted up in seconds rather than minutes, where I would normally be able to make a cup of tea whilst it thought about getting itself sorted it was ready to go before I was, it was like the laptop was on steroids.

My laptop is now truly turbo charged and I couldn’t recommend an upgrade of the old style hard disks to a new Samsung SSD enough. Samsung tout it as “the single best upgrade for your PC” and I couldn’t argue with that. 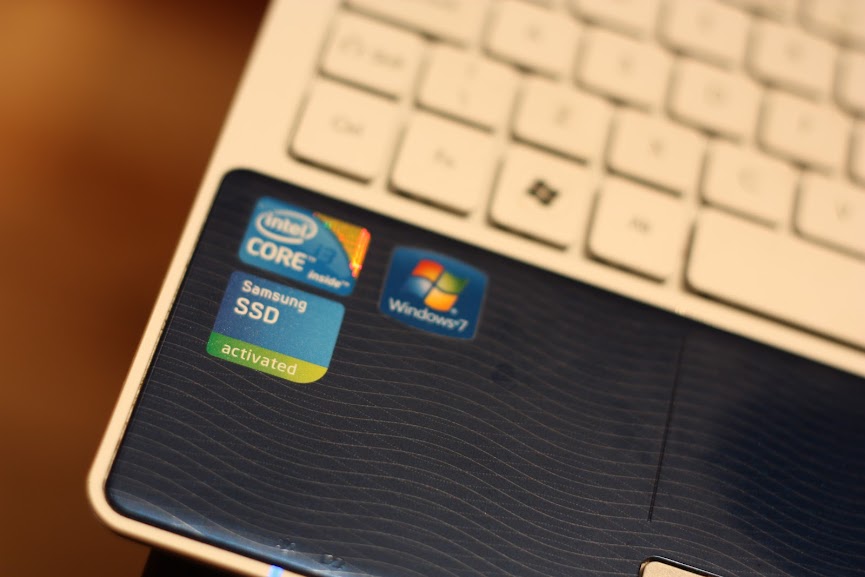